Melancholia: a beautiful film about the end of the world, visually stunning and fiercely ambitious. An exceptional piece of work by Lars von Trier. Starring Kirsten Dunst, Charlotte Gainsbourg, Alexander Skarsgard and Kiefer Sutherland this movie, according to Entertainment Weekly, will leave you in a state of ecstasy. 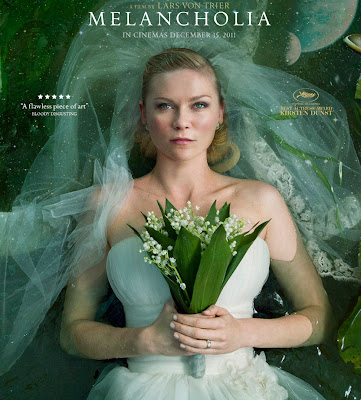 The folks over at Madman Entertainment are giving 5 lucky BrisStyle followers the chance to win a double pass to the preview of Melancholia on December 13 at Dendy Portside kicking off at 6.30pm. What a great way to begin the festive season! To be in with a winning chance simply leave us a comment telling us why you deserve an early christmas present from Madman Entertainment. Don't forget to include your email address with your comment. Winners will be announced next Monday, December 5.

after 5 years of university I'm finally graduating on the 15th! I would love to have a weeks worth of tiny celebrations in order to commemorate the end of an era, and as I've been waiting to see melancholia, I feel it would make a great addition to an exciting lead up to graduation and of course the festive holidays :)

thank you kindly for offering me the opportunity to enter.

My wonderful hubby deserves a treat, he will have to put up with me after I have a hand operation on the 15th. A cranky crafty with one hand, he will deserve a medal because he is also assisting, more like doing everything for me the following night at bristyle indie twilight market. What a hero! And of course I'd like to see the movie with him.
anita - MumsCupboard
buttonbeadsa@y7mail.com

December 13 is my birthday, and this would be a great present! Having a birthday during the holiday season leaves one feeling a little left out sometimes ;)

I think I deserve an early Christmas present as after a year of studying hard I have just found out I have successfully gained entry into film school. These holidays I'm dedicating myself to watching films from many genres, countries and directors. As Lars Von Trier is the most interesting auteur working today, I'd love to see what he has come up with for Melancholia, whilst rewarding my own achievement ;)

I would like to see Lars Von Trier's latest effort. Saw the review of it on At the Movies last night, and they said the first scene is something to behold. I really like "Dogville", and is one of the better movies our Nicole has done.

I would love and early Christmas present from Think Tank Communication! I recently started a new job that encourages innovation, creativity and education after two years in a job that I dub 'the dark side'. I want to celebrate by indulging in all the things I love including watching clever films with breathtaking imagery like "Melancholia". It would be such a lovely feather in my already happy end-of-year cap.
funk_diva2000@hotmail.com

I have made a total fool of myself this year. I need to escape, refresh - too late to rewind! This is the movie for me! missberkers@yahoo.com.au

What a stunning visual the poster is for Melancholia. I can almost hear the intriguing music score, that I'd imagine it has.

Subscribe to the BrisStyle e-Newsletter to receive monthly updates! 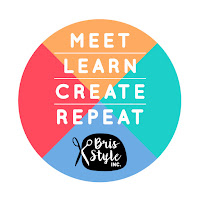 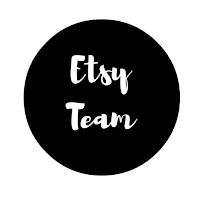 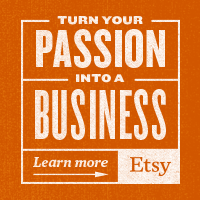 Promote Your Page Too

This is a Flickr badge showing public items from the BrisStyle group pool. Make your own badge here.

The material on this site may not be reproduced, distributed, transmitted or other-wise used, except with the prior written permission of BrisStyle Inc.